Sunflower quilts at The Norwegian Theater

The Norwegian Theater in downtown Oslo has decided to include three sunflower quilts produced by Scandinavian Modern Quilters in decorating the theater foyer during Ukrainian theater events this August. The sunflower is the national flower of Ukraine.

It is all part of a Ukrainian art resistance festival aimed at exposing the Russian war atrocities to the European theater audience.

Quilters in Norway, the US, and Australia donated around 400 quilt blocks to the campaign. Out of those blocks, quilters in Norway have produced 25 quilts. Ukrainian refugees in Norway will receive most of the quilts, and the quilters will send some quilts to Ukraine.

Kristin Eikli, a veteran IT coordinator at the theater and an avid quilter herself, managed to persuade members of the theater administration staff to support the exhibition of the sunflower quilts in the theater foyer. When Mali, one of the primus motors of the campaign, arrived at the theater to show the quilts, the theater staff immediately expressed excitement. They quickly chose three quilts most suited for exhibition.

Supporting the Norwegian sunflower quilt campaign in providing aid to Ukrainian refugees, quilters in Norway, the US, and Australia have made quilting blocks decorated with all sorts of interpretations of the sunflower, the national flower of Ukraine. Mali Engedal and her friend Laila Karlsmoen initiated the campaign last March.

A theater performance called Dance Macabre will be presented on stage at The Norwegian Theater on August 24 and August 25, 2022. Six Ukrainian female artists, musicians, and actresses who fled the war in Ukraine will appear on stage. Their male colleagues decided to stay in Ukraine to fight the invading forces of the Russian president. Dance Macabre is about the pain behind the news.

On August 26, a different show will start at 11 p.m. During the night, visitors will experience how life is in the Ukrainian bomb shelters. The Ukrainian artists call the scary event Bomb Shelter Night, which is taking place in a quickly redecorated foyer room at The Norwegian Theater.

The theater event in Oslo is a micro version of a festival held at various locations in Ukraine. The Norwegian Theater cooperates with Dakh Theatre in Kyiv on the so-called Art Resistance Festival – Ukraine: War. Death. Love. Male participants in the project are Ukrainians either living in exile or with travel permits from the war zone to show how the terror of war affects the lives of most people in Ukraine at this time.

By the way, the significant Australian contribution to the quilt campaign for Ukraine is a thank you for the Norwegian bushfire block campaign a couple of years ago. In 2020, Mali collected 500 quilt blocks from Norwegian quilters in support of an international campaign to assist Australians who lost their homes during the raging bushfire tragedies in 2019-2020. More than 9,000 homes burned down during those fires.

More information on the Ukrainian events at The Norwegian Theater is available here (in Norwegian): https://www.detnorsketeatret.no/framsyningar/danse-macabre 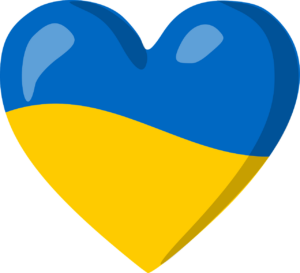